The Camels Of The Plant World

Succulents are sometimes referred to as the camels of the plant world. The reason for this nickname is, of course, because of the ability succulents have to store large amounts of water in their fleshy leaves, stems or roots—which allows them to survive and thrive in arid climates. (Contrary to popular belief, camels don’t actually store water in their humps. Rather they consolidate fat there, so that the rest of their body remains cool. But the comparison between camels and succulents—as creatures able to endure harsh conditions—is, nevertheless, apt.) The vast majority of succulents are native to Africa, Central America, the European Alps, South America and South Africa. In addition, Asia, Madagascar and the Canary Islands also feature their own diversity of succulent flora. But what about succulents native Australia?
Australia is generally assumed to be largely devoid of succulents—but this turns out to be an incorrect assumption. Actually, there are at least 400 succulent species native to Australia!

Succulents As A Source Of Water & Nutrition 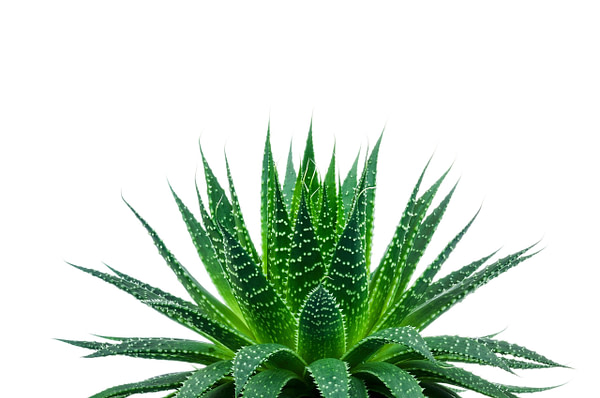 Historically, succulents provided an essential source of water for Australia’s Indigenous people. Particularly when travelling across the continent’s vast arid and semi-arid regions, succulents provided moisture as well as nutrition. Conveniently, the leaves or stems of succulents can be carried great distances, serving as a mobile mineral-water supply.
And, as described by Australian Geographic, certain succulents were also appreciated for their tasty edible fruit:

“Indigenous people also valued succulents for their sweet tasting fruit, particularly that of the Carpobrotus, of which there are six native Australian species.”

Recently, some Australian restaurants have added succulents to their menu—as a nod, perhaps, to their role in Aboriginal cultures; or just as a novelty. But most of the succulents native to Australia still remain relatively unknown.
The research and writing of Attila Kapitany offers one of the few comprehensive overviews of these plants. Here Mr. Kapitany describes some of his own personal favourites, among native Australian succulents:

“Indoors, I have Doryanthes and Peperomia in pots. Outdoors on the veranda are several pots of Anacampseros, Bulbine and Portulaca while in the open garden there is a varied selection of other Australian succulent plants, mostly mixed with all types of exotic succulents to truly reflect a cosmopolitan garden style.”

A Sampling Of Australian Succulents

Now let’s have a look at some of the most well-known of Australian Succulents. The two that are probably best known are Pigface (Carpobrotus) and Pigweed (Portulaca oleracea), and so we’ll begin with these.
As you’ll see, a given succulent plant may have several informal common names. This can be a bit confusing—so, for the sake of clarity, we’ll always include the plant’s unique Latin name (viz. family, genus and/or species).

The succulent plant known as Pigface is a member of the Aizoaceae family and the genus Carpobrotus—whose name is derived from the Ancient Greek karpos (fruit) and brotos (edible).
While most of the twenty-five or so Carpobrotus species are native to South Africa, there are at least four Australian species, including Carpobrotus rossii—known more commonly as Pigface or Karkalla. The plants in this genus are ground-creeping, have succulent leaves, daisy-like flowers and—as their name implies—edible fruits.
Pigface is a coastal groundcover plant that is native to southern Australia. It is often found growing on sand dunes near the ocean. Along with its succulent leaves, Pigface features light purple flowers and globular purple-red fruit. The succulent leaves as well as the fruit of Carpobrotus rossii are edible.
As the story goes, this plant was assigned its rather usual nickname “Pigface” because its flowers look kind of like the face of a pig. You can decide for yourself whether or not you see the resemblance :).

Another type of Pigface that is native to Australia is Round-Leaved Pigface—known also as rounded noon-flower, purple dew plant.
While Pigface itself, as we saw above, comes from the genus Carpobrotus, Round-Leaved Pigface belongs to the genus Disphyma. The sub-species of this genus of succulent shrubs that is native to Australia is Disphyma crassifolium ssp. Clavellatum.
What distinguishes this species of Disphyma from other Pigface succulents are its cylindrical leaves—which are round in cross-section. Hence its common name: Round-Leaved Pigface. The plant’s flowers come in three colours: pink, purple or violet.

Now it’s time to move from the Pigface succulents to their Australian compatriot: Pigweed. Though the common names of these two plants are (in their reference to pigs) similar, and hence oftentimes confused with one another, they actually belong to distinct taxonomic families and genera.
While Pigface (Carpobrotus rossii) is a member of the Aizoaceae family, Pigweed (Portulaca oleracea) belongs to the Portulacaceae family, which is also known as the Purslane family.
Because Pigweed is a member of the Purslane family, it’s sometimes referred to as Purslane. Pigweed/Purslane is an annual plant, native to Australia, that grows as a ground cover. Its stems and leaves both are succulent.
Because they both belong to the Portulaca genus, the Australian Pigweed/Purslane (Portulaca oleracea) may be confused with the more well-known Portulaca (Portulaca grandiflora)—aka Moss Rose, Eleven o’clock, Mexican Rose, Vietnam Rose, Sun Rose, Rock Rose—which is not native to Australia.
The way to distinguish Portulaca (Portulaca grandiflora) from Purslane/Pigweed (Portulaca oleracea) is that Portulaca has cylindrical leaves, while Pigweed/Purslane has flat teardrop or ovate shaped leaves.
While many Portulacas are native to countries other than Australia, Pigweed is one species that does herald from the land Down Under. And there are others, also. To read about several other Australian members of this genus, check out this interesting blog that’s devoted entirely to Australian Porulacas.
In one article, for instance, we learn that Portulaca cyclophylla (aka Australian Portulaca) is not only beautiful, but also has some pretty impressive camouflaging capabilities:

“[This plant] is a very interesting species with spectacular flowers for its diminutive stature. In habitat, the thick, somewhat leathery leaves are opposite, almost circular … and grey or brown-coloured. Specimens often have a convex upper leaf surface, which is covered by a network of uneven reticulations (i.e. creases and fissures). The result is that the plants blend in perfectly with the gravelly soil surface in which they grow. The underside of the leaves is usually convex, dark purple, finely reticulated with a leathery texture, and almost translucent.”

Among the most common succulents native to Australia are plants within the genus Calandrinia—which was named after the 18th-century Swiss botanist, Jean Louis Calandrini.
Plants within the Calandrinia genus—like those from the Portulaca genus—belong to the Portulacaceae family. Of the 150 or so species belonging to the Calandrinia genus, about 30 are native to Australia. Common names of these succulent plants include: Rock Purslane, Parakeelya and Redmaids.
In mid- to late-summer these low-growing succulents display an abundance of brightly coloured flowers—pink, red, purple or white—and are ideal as ground cover and edging plants. Like many succulents, they’re able to thrive in extremely hot conditions.
Here’s a sampling of Calandrinia species that are native to Australia:
– Calandrinia calyptrate, common names: Pink Purslane or Small-Leaved Parakeelya. This is an annual plant with pale pink blossoms.
– Calandrinia balonensis, common names: Broadleaf Parakeelya or Balonne Parakeelya. This succulent herb—with its fleshy leaves and purple flowers—is found in abundance in arid regions west of the Great Divide, in central and western Australia. It has a particular affinity for growing in red sandy soils and spinifex zones. Parakeelya has also been a mainstay in Aboriginal culture: Its roots and leaves used as food, and its seeds ground into a paste used in cooking.
– Calandrinia creethae is a low-growing annual herb with elongated balloon-shaped succulent leaves. When displaying a bright green colour, these leaves can look like a cluster of green grapes. In other plants, the leaves may be yellow, orange or pink. In spring, the plant’s long stems produce white or mauve flowers.

Now that we’ve covered the most well-known succulents native to Australia, here are a few others—just for fun:
* Dischidia nummularia, common name: String of Nickles. This elegant succulent is excellent in a hanging basket, and very easy to care for.
* Dockrillia linguiformis, common names: Thumbnail Orchid, Rick Orchid or Tongue Orchid. Grows on trees or rocks in eastern Australia; and features oblong succulent leaves and spectacular flowers in spring.
* Sarcocornia blackiana, common name: Thick-head Glasswort. A succulent halophytic shrub—widespread in southern and western Australia—that prefers to live in swamps, estuaries and other waterlogged areas with high saline content.
* Tecticornia verrucosa. This exotic looking salt-tolerant succulent features slightly bulbous smooth stems that appear to be jointed, like stalks of bamboo.
* Doryanthes. Both Doryanthes excelsa (common names: Giant Lily, Flame Lily, Spear Lily, Illawarra Lily, Gymea Lily) and Doryanthes palmeri (common name: Giant Speer Lily) can be found on Australia’s eastern coast. These succulent herbs produce intensely bright red flowers; and their seed germination is stimulated by the smoke of bush fires. Aboriginals ate the immature flower clusters and ground the fleshy root tubers into a pulp to make cakes.
* Peperomia, common name: Radiator Plant. This plant is extremely succulent when its immature, but goes on to develop larger, thinner leaves as it ages and prepares to flower.
* Bulbine bulbosa, common name: Bulbine Lily. This plant displays fragrant, star-shaped yellow flowers arranged on long vertical stalks. Though each individual flower lasts only one day, the stalk as a whole may bloom for several weeks.

There are lots of reasons for filling indoor and outdoor garden spaces with succulents:

And for those of us living in Australia, it makes good sense to appreciate our native succulents—both when we come across them growing wild; and as inspiring options for our cultivated gardens.

11 of the Best Kitchen Plants for Your Home 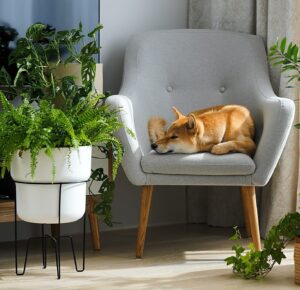 This site uses Akismet to reduce spam. Learn how your comment data is processed.

7 Surprising Benefits of Indoor Plants for Your Health